Stabbings in the Bible 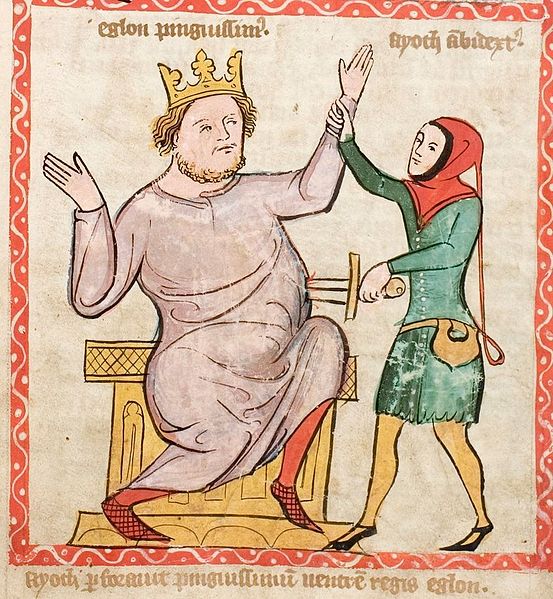 “Ehud reached with his left hand, drew the sword from his right thigh and plunged it into the king’s belly.”

I have long been fascinated with biblical accounts of stabbing. As a young child, my two favourite Old Testament stories were 1 Samuel 5 (Dagon and the Ark of the Covenant) and Judges 3:12-30 (Ehud’s stabbing of King Eglon). Somewhat surprisingly, I turned out tolerably well (although opinions on this front differ).

Through a recent discussion about left-handedness in biblical literature on Twitter, I started reflecting on the parallels between the stabbing of Eglon and the stabbing of Amasa in 2 Samuel 20. After mentioning the thought on Twitter, it turned out that one of my Twitter friends, Graham Ware, had given the subject some attention in the past. He has since written a fascinating blog post on the subject. It is well worth a read, full of insightful observations. Here is one paragraph:

The word rendered “belly” in the NIV is an interesting choice. The word (chomesh) is a rarely used word which means “fifth”. Amasa was stabbed “in the fifth”. The KJV translates more literally, with an interpretive assumption “in the fifth [rib]”. So, not really in his belly, but higher up in the torso (Amasa’s death is quick, not needing further jabs, so perhaps into the lungs or heart). The translators of the NIV tell us that Amasa’s intestines spill out (v. 10, “entrails” in the NRSV). That is unlikely given the location of the blade if chomesh in fact refers to the ribs (thus, above the intestines). Instead, what comes out of Amasa is not the intestines themselves, but the contents of the intestines (sorry for the grossness, but at death, this typically happens. In this case, death is presumably instantaneous). Bodner has written an article relating other stabbings which use this same term, and all from 2 Samuel; Asahel (Joab and Abishai’s brother), stabbed by Abner in 2:23; Abner stabbed by Joab in retalliation in 3:27, and Ishbosheth is stabbed by two assassins “in the stomach” according the NIV of 4:6. These 4 stabbings use the same unusual term for the location of the blade, chomesh, thus linking them together. Three of the four involve the sons of Zeruiah (Joab, Abishai and Asahel) and three involve a member of Saul’s family (Abner, Saul’s cousin, and Ishbosheth, Saul’s son). Perhaps we can then speculate that the stabbing of Ishbosheth is perhaps somehow linked back to Joab? Whatever the case, there is definitely an affinity for precisely targeted stabbings.

You should read the whole thing.

Alastair Roberts (PhD, Durham University) writes in the areas of biblical theology and ethics, but frequently trespasses beyond these bounds. He participates in the weekly Mere Fidelity podcast, blogs at Alastair’s Adversaria, and tweets at @zugzwanged.
View all posts by Alastair Roberts →
This entry was posted in 2 Samuel, Bible, Judges, OT, The Blogosphere. Bookmark the permalink.

3 Responses to Stabbings in the Bible