Our Patient and Peaceable Work

Posted on September 2, 2022 by Alastair Roberts 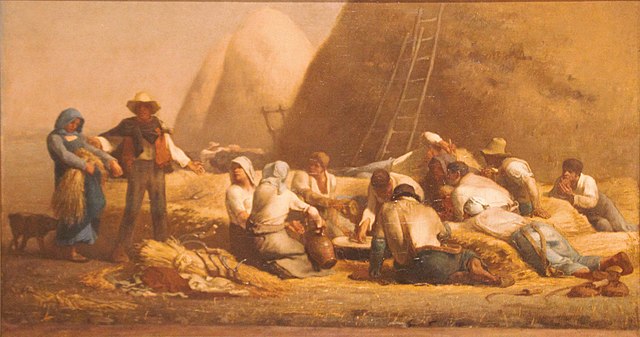 The latest Theopolis Conversation was opened with Jeff Meyers’ essay, ‘Ancient Wisdom for Christian Dissidents’. Jeff’s commentary on the epistle of James, Wisdom for Dissidents: The Epistle of James Through New Eyes, was recently released by Athanasius Press and he explores some of the themes of the book that have bearing upon contemporary Christian political action. Jerry Bowyer and Andrew Isker will also be participating in the Conversation, but mine was the first response. Within my piece in the Conversation, I explore the agricultural themes of James and what they might have to teach us.

The wise farmer, while recognizing the same dangers as the zealot, can address them chiefly by taking measures to keep them at bay. He can construct a wall or fence around his property, can erect a watchtower, can set up firebreaks and other measures to prepare for the outbreak of fires. Such actions protect his fields from the encroachment of hostile elements, destructive creatures, or enemies. Having bounded his fields, he can then dig deep wells to ensure that he has pure water with which to irrigate them. He can clear the land of stones and weeds. While such measures will not be sufficient to prevent anything hostile, destructive, or deleterious from entering his land, they will ensure that tackling such things will not overwhelm him or completely dominate his attention.

While directly fighting and counteracting invasive and encroaching elements of the wider world may provide some protection for the grain, this is not how it will grow healthy and strong. For that it requires a ‘culture’ of its own, which will principally develop as it flourishes within boundaries that keep hostile external elements at bay. This allows us to devote our energies chiefly to patient farming labour in our own hearts and churches, diligently sowing the seeds of God’s word, clearing the stones and removing the weeds that constrict or stifle their growth, scaring away birds that would take the seed, digging deep wells and irrigation channels, praying for the rains of God’s blessing, and awaiting a harvest. The ‘battles’ that should most preoccupy us should be with the hardness of the soil of our hearts and Christian communities.

Alastair Roberts (PhD, Durham University) writes in the areas of biblical theology and ethics, but frequently trespasses beyond these bounds. He participates in the weekly Mere Fidelity podcast, blogs at Alastair’s Adversaria, and tweets at @zugzwanged.
View all posts by Alastair Roberts →
This entry was posted in Bible, Controversies, Culture, Guest Post, James, NT, NT Theology, Politics, The Church, Theological. Bookmark the permalink.

4 Responses to Our Patient and Peaceable Work