Discourse in the Culture Wars and the Hunger for Catharsis 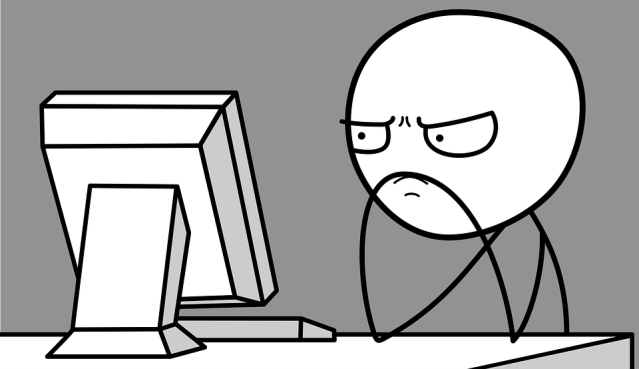 This is just the fucking worst.

Imagine a self-help book written by the Darth Maul of tenured campus bad boys, an act of trahison des clercs so severe that it calls into question the entire five-thousand-year academic project—a book that seeks to make accessible to a general audience a mélange of mysticism, philosophy, psychology and dietary recommendations, assembled into a package so intellectually low-cal that it would be hilarious were it not basically a to-do list for a generation of tiki torch-wielding neo-Klansmen.

So begins Richard Poplak’s review of Jordan Peterson’s 12 Rules For Life in The Johannesburg Review of Books. Poplak is far from alone in his excoriating take on Peterson. Houman Barekat declares Peterson to be a ‘a prancing messiah-cum-surrogate-dad for gormless dimwits everywhere’ in the LA Review of Books, concluding his review with the paragraph:

Admittedly it’s not always easy to distinguish between a harmless retro eccentric and a peddler of poisonous and potentially murderous ideas. So let’s take stock: Masculinist persecution myth? Check. Repeated appeals to Darwinism to justify social hierarchies? Check. A left-wing conspiracy to take over the culture? Check. Romanticization of suffering? Check. Neurotic angst about “chaos”? Check. Like many of his sort, Peterson sees himself as a defender of the best traditions of Western civilization and the Enlightenment. But there is an old adage: if it looks like a duck and quacks like a duck, chances are it’s a duck.

Tabatha Southey claims that Peterson is ‘the stupid man’s smart person.’ ‘He’s full of shit,’ Harrison Fluss maintains. In Nathan Robinson’s estimation, ‘Jordan Peterson is an intellectual fraud who uses a lot of words to say almost nothing.’ Many other such reviews could be referenced.

The responses to Peterson’s work have been alarming. This isn’t because of the existence of strong disagreement with him: vigorous disagreement with a thinker as vocal and eccentric as Peterson is only to be expected and is also necessary for stress-testing his ideas, many of which are weak and in need of correction or rejection. Rather, it is because of the character of it. So many of Peterson’s critics have been so wild in the swings and misses of their criticisms, have betrayed so remarkable a degree of venom in their writing, have so consistently resorted to ad hominems, have dismissed rather than sought to persuade those attracted to him, and have shown a great eagerness to discredit Peterson entirely and exorcize him from respectable discourse. These hostile reviews have unsurprisingly been spread with immense glee on social media.

When journals of literary review publish pieces as foaming with vitriol as Poplak or Barekat’s, there is good reason to question where the reaction is coming from. It is rare enough for a review to begin with ‘This is just the fucking worst.’ It is even rarer to read such a review of a book that has received high praise from a great many thoughtful, intelligent, and moderate people. Someone like Scott Alexander is not the sort of person one would expect to be receptive to a crypto-Nazi agenda. Something doesn’t compute. Likewise, one wouldn’t expect a person without any academic credibility—a mere ‘stupid man’s smart person’—to have held a teaching position at Harvard and currently to occupy a professorate at a university ranked in the top twenty in the world in his field.

The possibility that Peterson is merely wrong on some things doesn’t seem to be entertained. He must be radically pathologized, dismissed as someone without any academic credibility, characterized as evil and hateful, and his message treated as worse than utterly worthless. Yet a few years back, through the very same left-wing sites that are now sharing these hostile takedowns, I encountered various appreciative links to Peterson’s work (like this one on Metafilter), before he ever became a prominent public figure. However, as soon as Peterson started publicly challenging certain sacred cows of the progressive left, he was declared to be an evil and worthless figure, frequently by people who manifestly lack a basic level of comprehension of his project.

I find this a depressing indication of the current state of discourse. And Peterson himself is far from being without fault here. His own characterizations of ‘cultural Marxism’ are quite distorted and tendentious, even if they are not altogether without a genuine referent. He has been quite uncharitable in many of his attacks upon opposing viewpoints and has not done much to dispel a culture war mentality, especially in his engagements on Twitter.

There has been a rapid hardening of prejudices, a closing off from others, and a recoiling from anything tainted by association with our opponents. The sort of histrionics and hysterics that we are seeing from many on the left in responding to Jordan Peterson is merely one expression of a problem that is afflicting us all. When the register of a journal of literary review precipitously plummets to the inclusion of an f-bomb in a single-sentence opening paragraph, one is witnessing the rapid collapse of discourse into reactivity.

The highly emotive language of many of these reviews and the wide and gleeful sharing of them are further manifestations of our reactivity in the current environment. People are so caught up in the fraught interpersonal ideological tensions of our discursive climate that they are increasingly searching for catharsis over analysis. They desire things that will relieve the psychological tensions that they feel so keenly. Consequently, they produce or pounce upon anything that will enable them to drive out, at least in rhetorical effigy, the persons or parties by whom they feel threatened. There is something in their system and they need to purge it out.

I see a great deal of this on Twitter and have also been mindful of the unruly passions that are excited in me in that context. So many of the people I see, from a range of different backgrounds, are on edge, tense, or like cornered animals on Twitter. They appear to feel themselves to be operating in a sort of war mode, even though they often hate it. They probably desire peace, but believe that is to be found through driving out the other side, whatever that side might be. All of their pent-up tension cries out for catharsis, which is pursued through rhetorical attacks upon opponents, lots of sarcasm, mockery, and dismissive humour, communal outrage, and other such means.

I am persuaded that Twitter and social media more generally are themselves a key dimension of our problem here. Social media produces a situation of undifferentiation, where we are all too close to each other, a situation ripe for the sort of ‘mimetic crises’ René Girard discussed. Scott Alexander remarks upon the dynamics of tribalism, observing that ‘outgroups’ are created by ‘proximity plus small differences.’ One of the problems with social media is that it radically increases our proximity to each other, and our sense of being threatened by each other and the differences that we have from each other: social media intensifies our exposure to outgroups. The result is a ratcheting up of all our tensions and an increasing preoccupation with fighting against other people. As our awareness of and exposure to the outgroup increases, we will grow increasingly reactive and incapable of reasonable discourse. As I’ve pointed out in the past, the supposed ‘echo chambers’ that people complain about are the result, not of less exposure to opposing viewpoints, but of more: they are what result from our reaction against the felt proximity of opposing viewpoints. And the polarizing effect is one that is occurring on all sides.

As a critical mass of society is now psychologically operating on a war footing in many of their online interactions, the war isn’t merely a perception, but is increasingly a reality that is being fuelled by that perception. The growing insanity of both the left and the right is produced and exacerbated by this, each side feeding off the increased craziness and aggressiveness of the other. What was once a cultural struggle with clearly determined fronts has become a vast cultural civil war, which has exceeded all bounds and is rushing into every dimension of our lives.

As all of this relates to Jordan Peterson, this is profoundly regrettable. Peterson is an immensely charismatic individual and, as such, is in danger of producing a cult-like movement if there are not reasonable and charitable critics to engage with him and his ideas. And when one reads various of the left-wing criticisms of Peterson, one can generally see some genuine criticisms present within the extensive quantity of dross. Unfortunately, due to our climate of discourse, these valid criticisms will merely harden Peterson’s critics in their prejudices and inattentiveness to Peterson and will not seriously be considered by any but the most unreactive of Peterson’s followers. Rather than receptive and illuminating conversation, we all merely become more bigoted.

A point I’ve repeatedly returned to over the last few years is that we don’t face the world as detached thinkers, but as engaged moral selves. As such, we must regulate our emotional and structural relation to reality in its wholeness and particularity if we are to think about it clearly and effectively. This requires approaching thinking as something that is founded in virtues and well-ordered practices and societies, rather than merely in brain power. We need patience, self-control, forgiveness and forgiven-ness, graciousness, courage, trust, hope, faith to overcome fear and anxiety, humility, etc., etc. We also must recognize the ways in which our thinking is embedded in environments, structures, and practices, which can be dysfunctional and require closer self-regulation and structural reformation, if we are to function well within them. Thinking becomes a far more challenging activity, requiring deep engagement with and attention to problems in our hearts and our relations, mindful navigation of our institutions and media, and constructive and reconstructive engagement.

If our relationship to opposing ideological viewpoints is so charged with interpersonal and social tensions, we will find it almost impossible to think well about those issues. Rather than responsibly pursuing understanding, we will be seeking catharsis. ‘Responsibility’ denotes the possession of the capacity to respond, rather than just instinctively react—a surprisingly rare virtue! Without it, we will always be searching in some measure for a way to vent our spleen or to drive the threatening viewpoint away from us, instead of engaging with it carefully, charitably, and attentively.

Healthy engagement requires careful management and channelling of our emotions, ensuring that we are not driven by dysfunctional reactivity, but that we have the sort of well-ordered loves, selves, and societies that enable us to respond, rather than merely react. What this looks like will vary for different people. For most people, it probably requires radically paring down social media presence and activity. It almost certainly requires practicing solitude, or at least significantly cutting down on the intensity of one’s social exposure, spending more time in obscurer social contexts. For all of us, it requires the practice of those disciplines that will cultivate strong and virtuous character in us, so that we will be less at the mercy of our environments.

I return to these issues with some frequency, mostly because I am convinced that, unless we take them seriously and address the root problems as a matter of urgency, enmity and contempt will become a settled and stubborn feature of our cultural life.

Alastair Roberts (PhD, Durham University) writes in the areas of biblical theology and ethics, but frequently trespasses beyond these bounds. He participates in the weekly Mere Fidelity podcast, blogs at Alastair’s Adversaria, and tweets at @zugzwanged.
View all posts by Alastair Roberts →
This entry was posted in Culture, Ethics, On the web, Society. Bookmark the permalink.