10 Things You Should Know About the Exodus 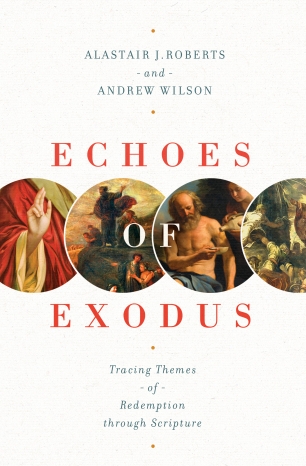 Andrew Wilson and I have a co-written book coming out at the end of this month with Crossway, Echoes of Exodus: Tracing Themes of Redemption Through Scripture. An article of mine has just been published over on the Crossway site, in which I list a number of things that you should know about the theme of Exodus.

When we read the story of the exodus, we are not just reading about some events that occurred in the distant past, but acquainting ourselves with patterns of divine redemption that are still being worked out in the world today. Paul wrote of the exodus story in 1 Corinthians 10:11, ‘Now these things happened to them as an example, but they were written down for our instruction, on whom the end of the ages has come.’ In the exodus story and the many other stories that share its patterns, the Scripture looks us directly in our eyes in the present day. The themes of redemption disclosed in such narratives resonate with those of the New Exodus that we have been caught up into by the work of Christ. When we hear exodus stories we are listening to variations within the one great Story, a Story that finds its climax in the Great Exodus, as through the Passover sacrifice of his Son, the Father delivers us from the kingdom of Satan, leading us by the Spirit into the new creation.

Alastair Roberts (PhD, Durham University) writes in the areas of biblical theology and ethics, but frequently trespasses beyond these bounds. He participates in the weekly Mere Fidelity podcast, blogs at Alastair’s Adversaria, and tweets at @zugzwanged.
View all posts by Alastair Roberts →
This entry was posted in Bible, Christian Experience, Exodus, Guest Post, Hermeneutics, My Books, NT Theology, OT, OT Theology, Scripture, Theological. Bookmark the permalink.

4 Responses to 10 Things You Should Know About the Exodus