Lessons from the Collapse of American Protestantism

Posted on November 11, 2016 by Alastair Roberts 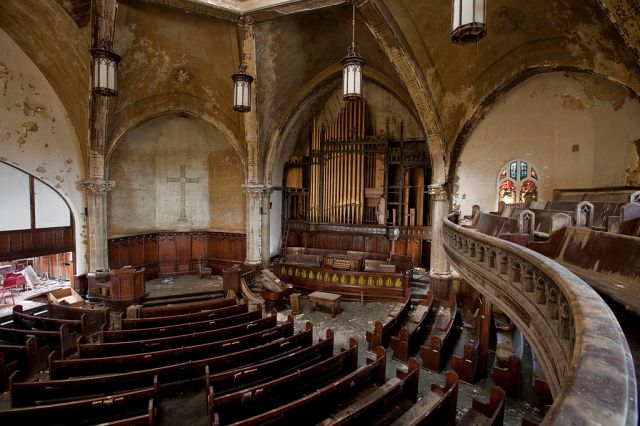 I’ve written a piece for The Gospel Coalition on the collapse of American Protestantism and what we should be braced for in the future.

It’s also noteworthy that almost all the Christian intellectuals Jacobs discusses, whether historic or contemporary, belonged to the Protestant mainline rather than evangelical denominations. Outside the context of the mainline, evangelicals never enjoyed the status of public intellectuals, even as they often functioned as important figures in populist and mass movements and accordingly enjoyed a measure of political influence (à la Billy Graham).

I suspect the twin movements of anti-intellectualism and anti-populism in the United States cannot adequately be told without reflecting on the split of mainline Protestantism into, on the one hand, de-institutionalized fundamentalist and evangelical movements and, on the other, a culturally elite yet increasingly faithless institutionalism.

Jake Meador has discussed this breach in American society in terms of culturally and institutionally sequestered intellectuals and a populism fuelled by mass media. Although a radically transformed media ecology has much to do with the American public’s realignments and reconfigurations, the fracturing of the Protestant mainline remains an essential part of the picture if we want to understand intellectuals’ separation from the public.

Why? Because mainline churches were the primary institutions that held these parties together. Yet as believing congregants abandoned mainline institutions for more populist movements, and as the mainline vanished into a post-Christian cultural elite, American society was riven apart—and a deepened antagonism between intellectuals and the public arose.

Read the whole piece here. It may be helpful to read it in dialogue with this piece I wrote a few weeks ago.

Alastair Roberts (PhD, Durham University) writes in the areas of biblical theology and ethics, but frequently trespasses beyond these bounds. He participates in the weekly Mere Fidelity podcast, blogs at Alastair’s Adversaria, and tweets at @zugzwanged.
View all posts by Alastair Roberts →
This entry was posted in Church History, Culture, Guest Post, Politics, The Church. Bookmark the permalink.

5 Responses to Lessons from the Collapse of American Protestantism