Posted on November 1, 2016 by Alastair Roberts 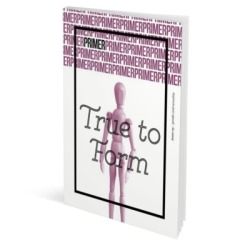 I have an essay in the latest issue of Primer, a publication that is a cross between a journal and a book. Each of the two issues every year is devoted to a particular topic, with several essays designed to orient pastors, church leaders, and Christians more generally to the theological matters that are at stake. Primer is designed for engagement, for readers to put notes in the margins, to underline, etc. They would be useful for discussion groups, for instance.

My essay offers a biblical introduction to maleness and femaleness from Genesis 1 to 3, following by an application of some of the principles drawn from the exegesis of those chapters to the debates surrounding same-sex marriage and transgenderism. The following is the opening of my essay:

Although the Scriptures address the topic of the sexes on many occasions, it is within the opening chapters of Genesis that its foundational treatment of the subject is to be discovered. That
so much of the fundamental teaching on the subject of the sexes is contained within the first three chapters of the Bible is itself an initial indication of just how closely entwined this subject is with the scriptural narrative more generally, and how important a theme it must be for any theology that faithfully arises from it. The more closely we attend to the text of Genesis 1-3, the more apparent it will be that gendered themes are subtly diffused throughout.

Yet the foundation offered by Genesis 1-3 may initially appear unpromising in some respects. As a more literary and poetic narrative text, it does not present the same robust propositional statements that we find in such places as the Pauline epistles. Those searching for clear theological propositions may rummage around in the packing chips of narrative and come up with relatively little reward for their efforts. Not only do literary readings of narrative texts demand very sensitive and delicate forms of interpretation, they also seem much more vulnerable to contestation. Without definitive propositional statements, such passages seem considerably less serviceable for direct theological controversy, which has provoked the majority of the writing on this subject over the last couple of decades. The strength of a literary reading is seldom as straightforward as the strength of a logical argument. The former is incapable of forcefully securing assent: if and when it persuades, it does so through its elegance, fittingness, and attractiveness. To those who refuse to be persuaded and insist upon reading a text against its grain for their own purposes, it may present little challenge.

There are, however, advantages to building our theology upon such a foundation. As much of the theological teaching of Scripture is conveyed through subtle literary means, any approach that attends closely to narrative will be much more securely grounded. It also offers a considerably broader base than many doctrinal arguments, which depend upon a few heavy load-bearing texts for support. Such literary readings can expose the hidden root systems of biblical teachings in scriptural narratives, revealing how deeply embedded in the text certain claims are, and the impossibility of removing them without considerable violence. Although a theological case established upon such a literary reading may be lightly dismissed, it can only truly be answered by a more sensitive and attentive reading of the passages in question. It is precisely at this point, rather than in the clash of competing propositions and their arrayed battalions of proof-texts, that the weaknesses and flaws of unscriptural positions often emerge, as they fail to offer a compelling reading of the Scriptures in their breadth.

Alastair Roberts (PhD, Durham University) writes in the areas of biblical theology and ethics, but frequently trespasses beyond these bounds. He participates in the weekly Mere Fidelity podcast, blogs at Alastair’s Adversaria, and tweets at @zugzwanged.
View all posts by Alastair Roberts →
This entry was posted in Bible, Controversies, Creation, Culture, Ethics, Genesis, OT, Sex and Sexuality, Society, Theological. Bookmark the permalink.