Five Principles of the New Sexual and Relational Morality 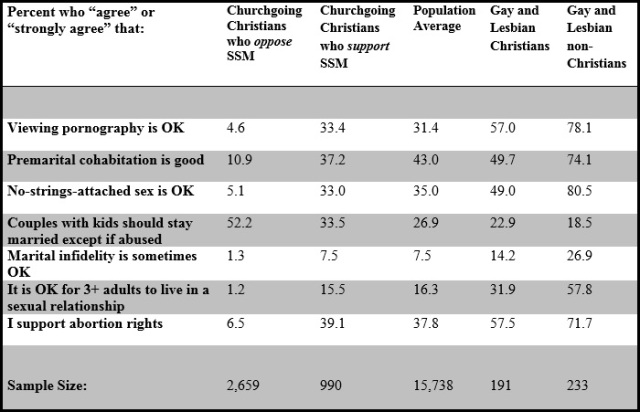 The sociologist Mark Regnerus recently published a piece for the Witherington Institute’s Public Discourse, suggesting that support for same-sex marriage in some Christian circles correlates to broader shifts in morality surrounding sexuality and relations. Survey respondents were asked to declare their level of agreement with seven statements relating to the issues of pornography, cohabitation, no-strings-attached sex, the duty of staying in a marriage, extramarital sex, polyamorous relationships, and abortion. The results illustrated pronounced fault lines between those committed to historic Christian stances on sexual morality and supporters of same-sex marriage.

Alastair Roberts (PhD, Durham University) writes in the areas of biblical theology and ethics, but frequently trespasses beyond these bounds. He participates in the weekly Mere Fidelity podcast, blogs at Alastair’s Adversaria, and tweets at @zugzwanged.
View all posts by Alastair Roberts →
This entry was posted in Controversies, Culture, Ethics, Guest Post, On the web, Sex and Sexuality, Society, Theological, Theology. Bookmark the permalink.