Theopolis Podcast: The Virtue of Nationalism, with Yoram Hazony

Posted on November 7, 2018 by Alastair Roberts 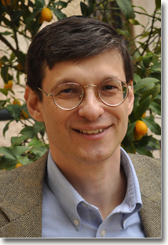 On the latest episode of the Theopolis podcast, Peter Leithart and I are joined by the Jewish biblical and political scholar, Yoram Hazony, for a long and stimulating conversation about his recent book, The Virtue of Nationalism. I summarized and explored the thesis of that book a few weeks ago.

Alastair Roberts (PhD, Durham University) writes in the areas of biblical theology and ethics, but frequently trespasses beyond these bounds. He participates in the weekly Mere Fidelity podcast, blogs at Alastair’s Adversaria, and tweets at @zugzwanged.
View all posts by Alastair Roberts →
This entry was posted in Audio, Economics, Ethics, Philosophy, Podcasts, Politics, Society, Theological, Theopolis. Bookmark the permalink.

3 Responses to Theopolis Podcast: The Virtue of Nationalism, with Yoram Hazony