Posted on December 8, 2016 by Alastair Roberts 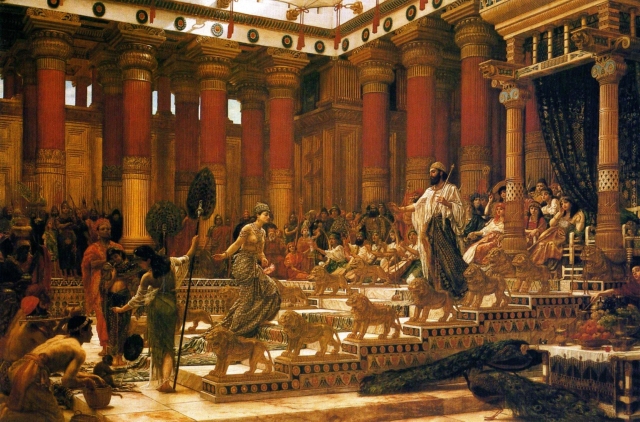 A guest post of mine has just been published over on the Theopolis Institute. Within it, I explore themes of Exodus in the beginning of 1 Kings. I argue that Solomon is a new Adam and a new Pharaoh.

Within this world, Solomon is like a glorious new Adam. He is the wise ruler of the world, who is able to name the trees and the animals (4:29-34). Indeed, when the Queen of Sheba comes to him, it is akin to Eve being brought to Adam, the moment when the story of the first creation arrived at its zenith of glory.

Unfortunately, just as in the account of the original creation, it is at this point that things all start to crumble. The rest of the story of Solomon is a tragic story of the fall of the new Adam and of being removed from the peace and rest of the new Eden. Just as it appears that Israel is experiencing a golden age, ugly cracks start to appear in the grand edifice of Solomon’s kingdom.

Alastair Roberts (PhD, Durham University) writes in the areas of biblical theology and ethics, but frequently trespasses beyond these bounds. He participates in the weekly Mere Fidelity podcast, blogs at Alastair’s Adversaria, and tweets at @zugzwanged.
View all posts by Alastair Roberts →
This entry was posted in 1 Kings, Bible, Exodus, Genesis, Guest Post, OT, OT Theology, Theological. Bookmark the permalink.

2 Responses to Exodus in 1 Kings