Echoes of Scripture in the Gospels Review

Posted on December 6, 2016 by Alastair Roberts 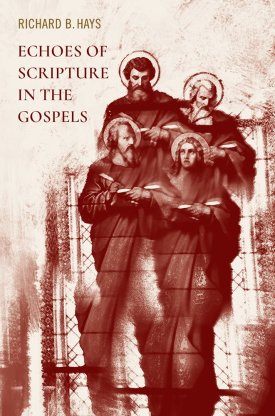 The latest issue of Themelios has just come out and, with it, my review of Richard Hays’ recent book, Echoes of Scripture in the Gospels.

Hays’s exegesis is frequently scintillating, not least in its vindication of the evangelists’ citations of the Scriptures against those who accuse them of haphazard, opportunistic, or careless misappropriation. Rather than treating the Old Testament as a grab bag of predictive prooftexts, Hays demonstrates that the skilful interweaving of citations and allusions in a text like Mark 1:1–3 establishes a scriptural matrix within which the mystery of the Messiah will be disclosed to those who have the ears to hear. Matthew’s more overt citations, which are also often subtly blended quotations, accomplish something similar, illuminating the deep correspondences between Christ and his precursors and the manner in which ‘he gathers into himself the significations imbedded in their stories’ (189).

In contrast to figural readings that focus narrowly on a one-to-one relation between types and antitypes, for Hays significations and motifs routinely overlap, recur, and coalesce in a more musical fashion. The literary artistry of Luke, for instance, manifests a world that is richly redolent with scriptural memory, reverberating with its expectant whispers. Each fleeting appearance of a variation upon a given scriptural theme affords the attentive hearer an enlightening foil against which to understand the evangelist’s story of God’s salvation in Jesus. John presents a more transfigural reading of Scripture, summoning his readers ‘to recognize the way in which Israel’s Scripture has always been mysteriously suffused with the presence of Jesus’ (289).

Read the whole review here. I highly recommend that you buy the book.

Alastair Roberts (PhD, Durham University) writes in the areas of biblical theology and ethics, but frequently trespasses beyond these bounds. He participates in the weekly Mere Fidelity podcast, blogs at Alastair’s Adversaria, and tweets at @zugzwanged.
View all posts by Alastair Roberts →
This entry was posted in Bible, Guest Post, John, Luke, Mark, Matthew, My Reading, NT, NT Theology, Reviews, Scripture, Theological. Bookmark the permalink.

4 Responses to Echoes of Scripture in the Gospels Review